A New World, A New Normal: Business From a New Perspective 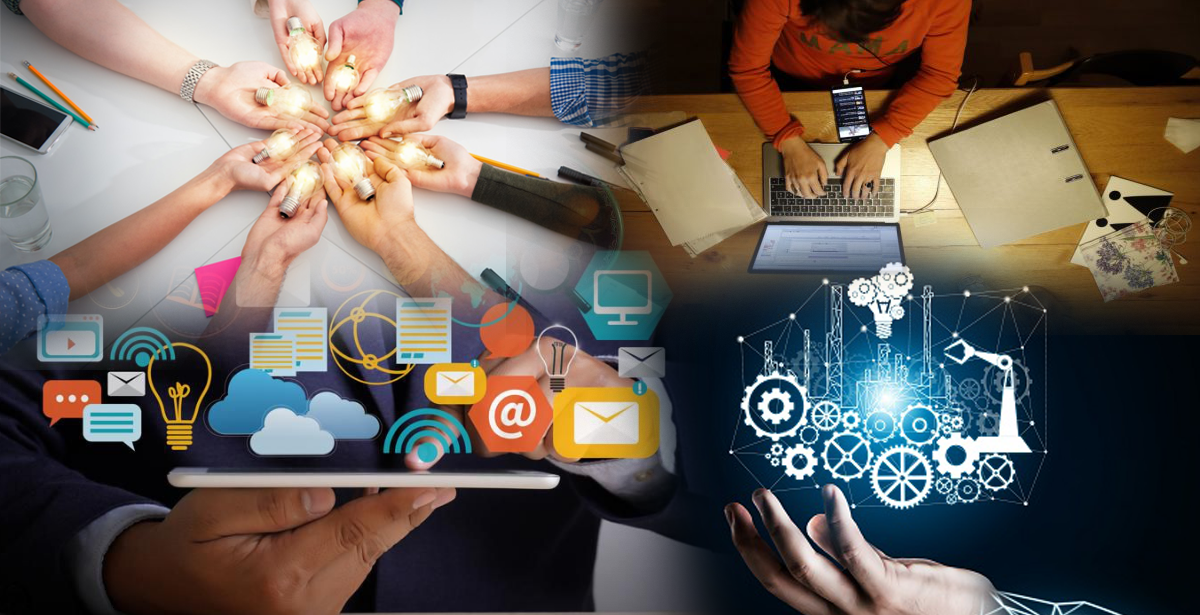 The pandemic has been responsible for a paradigm change in the way we look at how our lives are lived. The entire social construct has transformed because of a lowly virus. Barriers of society have broken down since the disease spared no one. While economies strained across the world, new thinking arose. A way forward amidst the gloom and doom.

Driving this way forward are businesses who have understood the maxim “change is the only constant”. The new normal of doing business would no longer be limited by geographical constraints but can be a location situated anywhere.

The biggest benefactor of all this has been technology and in the extension of it, the technological companies.

The stark change that we witnessed borne out of this calamity is the elimination of the place of work. Suddenly, the new place of business is the comforts of the home. You can now simply wake up and start working from your bed. The officious resplendence called professionalism has given way to reality. And reality check was what was needed for businesses to get back on their feet.

The initial shock gave way to despondence. It was a hopeless situation since countries after countries gradually descended into lockdowns and chaos. Most had no idea what the future would look like. Suddenly projects became sacrosanct and long term benefits turned short term gains. Surviving the commotion became the mantra and the new normal business strategy was to outlive the current predicament.

Hence, the creation of the new normal business model.

The central premise for this new normal business model was technology. The ubiquitous smartphone had already become a part of our lives. With work from home becoming the new way of life, it was evident that this device along with the PC, MAC and the laptop would be the appendages one cannot do without.

With the government imposed a ban to go outside the house, e-commerce became a byword for a saviour. This was a major boost for e-commerce companies and all of them succeeded with flying colours. The new business model was simple. Spread the area of reach and get as many orders as possible.

The other benefactors of this new normal have been the internet providers who have helped citizens stuck inside their homes burn bytes in tons. The tectonic shift in the usage of technology is one of the highlights of the new normal.

Currently, with economies slowly opening up and a semblance of normality may peek from somewhere in the distant corner, business leaders are a wary lot. They are wary for two main reasons.

A budgeted future san the frills and the luxuries and human resources.

They do not want their staff to get infected and help them take all precautions whilst keeping an eye on the expenses and holding on to the prospects. It is quite a catch 22 situation for every business leader worth their salt.

However, the pandemic has also provided enough opportunities to those who are willing to take the risk. With each upheaval witnessed in history, there have been major shifts in the manner of how the business has worked. The 2008 recession was the year when the entire world witnessed such a change in work attitudes, 2020 is the other, but far worse and with long term repercussions.

The full effect of the pandemic has not yet been understood. This will only be clearer once industry opens up fully and the economies are back to functioning normally. That will take time. The normal as we know it is a shadow of its past. The new normal is still quite unclear and undefined. We are still in fighting mode. However, the first green shoots of change have begun to appear.

Best practices set by companies have to be rejigged if they have been already. However, let us look at the certain changes that we are likely to see as part of the new normal of doing business.

As mentioned earlier, the four walls are no more the office. An individual can work from anywhere connected by technology. It has also been seen that a dispersed workforce working from a place of their comfort is far more productive than them being cooped inside an office.

Quite a few companies took pride in the work-place culture and baulked at the idea of working from home, have now seemingly taken to it like duck to water. Companies like Twitter have announced that a majority of their employees can now work permanently from their homes. The idea of a remote workforce is an enticing bait that many organizations are willing to bet on.

Thanks to the new normal of doing business, organizations have started reinventing their strategies. The new normal business strategy is to create an ecosystem of a dispersed workforce, connected by technology.

A dispersed workforce would mean greater mobility. Here mobility may not mean travel but flexibility to make decisions while on the go. Organizations spread across the world have the onerous task of keeping their wheels moving. With their leadership stuck in their homes quite like their staff, increased mobility is the key to enhance productivity and maintain staff morale. Hardware teams have to be on their toes at all times to fix remote problems. There have been instances when these teams have travelled to employee locations to fix technical problems. This will only increase over some time.

A workplace is a chaotic place. There are thousands of workers, working on millions of things, all at the same time. In a remote scenario, this has all the possibility of going down into an inferno of commotion and ineptitude. Hence, it is pertinent that business leaders ensure that every employee has a voice that is heard. While dispersed workplaces have a positive effect on the productivity of the company, the downside is that since not everybody is in sight, them going out of mind is a reality. Technology will again be a saviour here. Companies can opt for apps which enable them to remain in touch with their teams.

We are in this together and no sector has been left unscarred. The only way forward is collaboration. The current circumstance has forced organizations to dig deep into collaborative efforts. The digital workplace is a new concept and a greater amount of cross-domain interaction is necessary to succeed.

The other hard reality of the new normal has been the rising stars of automation. While AI and ML have been in the wings for some time, it is only now that we have truly understood its real effectiveness. With automation, a greater part of the workforce can be relieved and put into better use. Low hanging fruits will become redundant and the level of sophistication will increase. Once that is done, the general sophistry of the staff will increase given that newer technologies will be ably absorbed.

The downside to that is the loss of jobs since those jobs had employees designated and once those are gone, employees too would go. The job market has been undergoing a gradual shift towards more automation and the pandemic simply accelerated it.

The rise of Digital Marketing: A new normal necessity

With the majority of the workforce stuck to their work desks at home, it becomes imperative for companies to take advantage of their internet time. The rise of digital marketer cannot be better timed.

Marketing is key to awareness. If not properly marketed, then even the best of products fail to succeed. In the times of the Pandemic, digital marketing has assumed epic proportions. It is now the most important tool in the hands of companies who wish to maximize profits.

The ones who are harping on a return to “normalcy” forget to one basic tenet of human society. Every civilization has built on its previous version to go one notch higher. The pandemic has forced societies to move ahead into an uncertain future. There is new dawn but nobody has seen it and it is nowhere close. However, that does not mean that the present is not taken advantage of. While we have discussed the new normal in doing business, it is the essence to fight back that is at the heart of the scheme of things. The will to live and win has always been a human trait. The pandemic has illustrated this fact and driven it home hard.

As has been suggested by specialists, the new normal may be a new world with social distancing becoming a part of the culture. Whether a vaccine appears or not, the virus is here to stay and that taking precautions always is the new norm. The new dawn is also full of new opportunities. We have seen how remote workplaces have become a regularity. Offices are no more predefined structures but anywhere you work from. The work-life balance remains a favourite hot topic, but with the majority working from home, this will also see some change.

In the field of medicine, while the usual fight to find a cure for many diseases carry on, the race to find a vaccine to stop the virus is getting harder. A new field of telemedicine, which again was always on the horizon has finally arrived. Online medical treatment is slowly becoming popular since visiting a clinic is thought to be risky.

Education, like most other fields, has migrated from the walled classroom to the bedroom or the drawing-room. There has been an invasion of a million apps that have now become an important part of this journey. Collaborative tools, project management tools et al are now the new buzzword for business.

A new dawn awaits and how.

A new business model based on surviving the pandemic has prompted organizations to introspect and transform. There are no two things about it. Once the economy fully opens up and the economic activities of countries pick up, there will be no looking back. Organizations will have to make up for lost time and money. This will make the new normal a rather interesting venture.

Invest in it, now.