Why Shopify is Best Platform for eCommerce? 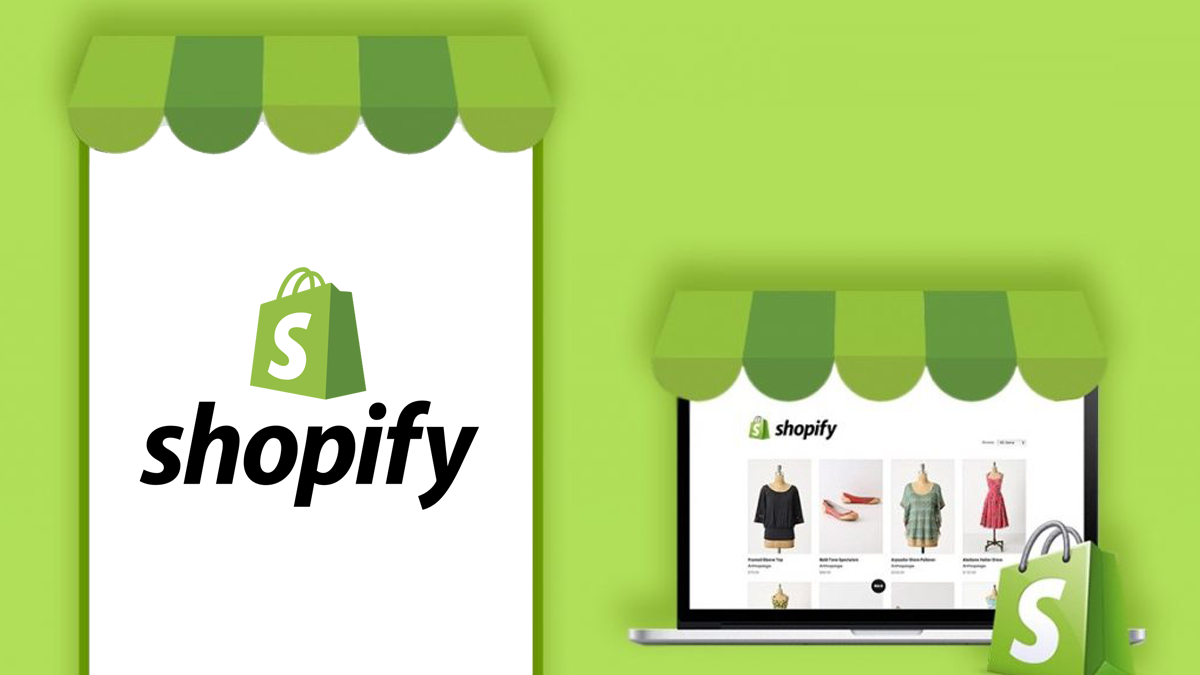 The world is moving to a tech-intensive society. Everything will now be ensconced within the ubiquitous smartphone. The planet is no more covered in an oyster but enveloped in a layer of bits and bytes and driving this entire phenomenon is the ecosystem called e-commerce.

The e-commerce industry has grown by leaps and bounds ever since the time of E-Bay and later Amazon. Now it has a thousand varieties of the same and each harnessing the might of technology to satiate the ever-increasing hunger of its clientele. Everything under the Sun can now be ordered online. From food to restaurant booking, movie tickets to vacation to an exotic place, everything is available and how.

Ecommerce business, if done correctly, can be an extremely fulfilling and profitable venture. Companies have mushroomed all over the world to be a part of the bandwagon. Many have withered away, however, many have steadily climbed the tech ladder and have become leaders in their sectors and markets.

One of the most important pillars on which the business of e-commerce stands is technology. It has to be carefully selected and nurtured. The leadership team needs to look into the various factors that will be used to keep the engines of growth moving. If the site wobbles and has discrepancies, then there will be an immense loos of consumers. No business can afford to do that. Walking this tight rope are companies which have established itself to be the torchbearers of E-commerce back ends and stores. The name that shines the brightest is Shopify.

Shopify is the best and the largest e-commerce platform, owning the majority of the virtual business arena. Their technology and ease of usage have been phenomenal and over the years, have seen their business grow exponentially.

Shopify has a bunch of customer plans that help the user in scaling their business. It is a robust ecommerce platform that is not easy to use but maintain too. Shopify has an effective customer service that is at the beck and call of its users and the turnaround time, if there is a downtime ever, is impressive.

The current number of business who are powered by Shopify stands at around 800,000. These businesses have been able to couple the immense possibilities of Shopify with innovative marketing to create viable ventures.

How Shopify Can Help You Grow Your Business?

Technology, no matter how complicated the inner process be, has to have a simpler exterior. Its success depends on how easily the consumer can use it. Shopify is robust and has one of the most complex coding systems, but ask any of its users regarding ease of use and all you will be hearing is a gasp of amazement.

There is a monthly subscription plan that Shopify follows. It generally ranges from $29 to $299, depending on the plan. The basic plans contain only the basic functionalities and are enough for small and individually run business, while the premier plans are for larger and greatly profitable businesses.

Shopify is ideal for

Shopify is meant for those businesses who wish to cut down on the cost of human resources since they are mostly expensive. Small business, individually run businesses and sellers who are quite aggressive in their sales objectives are the ideal consumers of Shopify. There are a lot of features that can help these groups in pushing their business up north.

Shopify is known for its 24×7 customer support. You have a query or a difficulty in using the platform, help is always there. You simply need to call them at their toll-free customer service number and your issue will be heard and resolved. Shopify prides in its agents who are trained well to handle most queries.

If you have difficulty in selecting a theme, there is Shopify to the rescue. It has thousands of themes to select from and they are updated regularly. These are some of the most modern themes to choose from and the user will not be disappointed after using them. The themes are segregated as per the business needs and markets which makes it even more exciting. You will never be able to exhaust the themes in your lifetime.

English is a widely spoken language but many countries and regions on the planet would prefer to speak in their natives. In comes Shopify. It has multiple plugins that will enable you to sell your products all over the world, irrespective of the language. This language support is absent in most ecommerce platforms.

Shopify has been built keeping in mind the customer on a budgetary diet. It does not want you to spend more. However, at some of the lowest subscriptions, the ecommerce platform provides enough features for the business to run successfully.

Like every other online product, Shopify to comes with a 14-day free trial period. However, at that time, it will offer you most of the features which otherwise one would have used as a registered customer. Normally, with the features and advantages, one gets, users, select a package after the 14 days is over.

Shopify through the smartphone

One may not always have access to the laptop or the PC. However, the smartphone has become a bodily appendage and is always accessible to us. If you are worried about your business while being away from any of the other mentioned devices, fear not. Shopify can be managed through its mobile app which you would have installed earlier. This app lets you view, create, delete, manage your business from anywhere on the face of the planet.

Shopify has enough plugins available for third party payment gateway integration. This also includes PayPal. However, as mentioned before, there is a transaction fee which Shopify levies, if Shopify payment is not used.

SEO is the byword for virtual crawling. Websites with poor SEO will eventually lose out since consumers will not be able to locate them on the internet. A strong SEO suite enables the search volume and footfall is high. This would translate into better sales prospects.

Shopify for ecommerce has a strong SEO optimised platform and that helps the business in garnering eyeballs and attract customers. The SEO suite is highly customisable and easy to use.

By using Shopify, one can integrate MailChimp for sending mails. If you have a different preference, then the ecommerce platform has multiple options.

Shopify has POS integration ability and this a great advantage for a business who may not always transact money digitally.

One of the best features of Shopify for ecommerce, the reporting functionality provides an overall view of the business. Analytics is an important part of any business and decision making is dependent on it. The ecommerce platform does have an excellent analytics feature to boot.

Now that we have a basic understanding of Shopify for Ecommerce, let’s also delve into the advantages and disadvantages of the ecommerce platform:

Customer satisfaction is one of the greatest advertising forces. Shopify has regularly scored a high rank on the parameter. Its features and ease of usage have enabled customers to grow their business and it has been widely appreciated.

The inventory system that Shopify has built to manage its store is breath-taking. It has a wide range of functionalities that ensure no aspect of the business is left out or blind-sided.

Shopify also has tie-ups with all the major ecommerce platform like Amazon, eBay, Facebook et al. So one can cross-sell their products through these channels too. This is a great advantage since this would provide the user with a wider audience to sell to.

Shopify for ecommerce does come with its perks but also has a few downsides. One of them being the transaction fee. Unless one is using Shopify payments, a transaction fee is levied on every transaction. This may add to the financial burden of the business.

Shopify has multiple themes to choose from. They are not just innovative but add to the overall look and feel of the website. However, while switching themes, the content on the old theme does not reformat as expected. This is a major drawback and has to be rectified at the earliest.

While ecommerce platform has a bucket load of features, it also becomes cumbersome if the apps add up after the features are added. The site may become slow or difficult to manage in that case.

Shopify is indeed the finest ecommerce platform meant for small businesses. There are umpteen features that help the consumer grow their dream company. With an inbuilt store that is both robust and has immense scalability, Shopify is the partner to have. And for the smooth implementation and app development for your business, Webuters is the perfect partner.