Advantages and Disadvantages of Using Vue.js

Vue.js is currently one of the most loved front-end technologies which is often compared to Angular and React.js. Both React and Vue are

Advantages and Disadvantages of Using Vue.js

Vue.js is currently one of the most loved front-end technologies which is often compared to Angular and React.js. Both React and Vue are Javascript frameworks that are being used largely in app development. However, Vue and React are a lot similar, they both are equally fast, so speed cannot be a deciding factor when making a choice between the two. Additionally, both Vue and React utilize virtual DOM and provide composable and reactive view components.

Vue.js is a progressive Javascript framework that is new but preferred over React. Let’s know why! 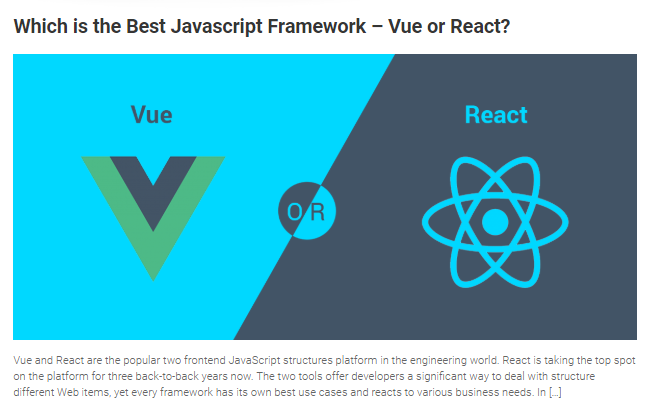 Although, the choice of framework differs with the type of development involved, but there are many points where Vue outshines other JavaScript frameworks. Here we have listed the pros and cons of using Vue.js that will give you all the reasons to decide whether or not to use Vue js.

The official website of Vue.js describes it as approachable, versatile, and performant. The use of directives and components for controlling and rendering user interfaces in Vue js makes it a combination of React.js and Angular. Also, Vue.js has the capability to control HTML which is already being rendered by the server, which React.js does not offer. Like Angular and React, Vue is an open-source library, but it supports compact file sizes. 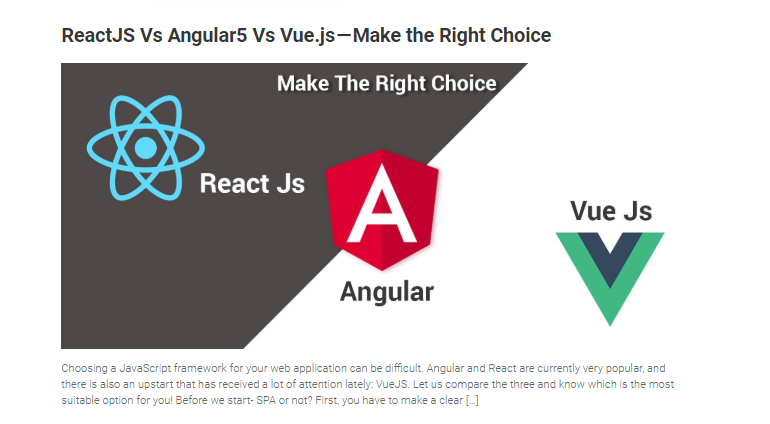 Vue.js is a comparatively new framework but despite it, it is getting popularity. This 18-20 kilobyte framework has optimized the load time and usage. Its growing fame and increased use over other frameworks has inspired us to compile the disadvantages and advantages of Vue.js. Let’s dig a little deeper.

As we have said above, Vue.js is enjoying growing popularity over React and Angular. Here are the reasons for that.

The size of a JavaScript framework plays an important role in its success and Vue is just 20 KB in size. Because of its compact size, developers need just a few seconds to download files. Despite having, a small size Vue.js is fast and it can consistently outperform bulky frameworks.

The simplicity of Vue.js is another factor that made it famous in the developer community. Those programmers who are familiar with other JavaScript frameworks can understand and pick this framework very easily. The structure of Vue.js saves the time of the developer as you code more with few lines, apart from this the developer need not to spend much time in searching blocks containing errors. In Vue.js, single file components store all HTML, CSS, and JavaScript in a single file.

The detailed documentation of Vue.js helps the developer to learn and understand it easily. The documentation part of the Vue.js let inexperienced developers gain the basic knowledge to develop an app.

Ease in integration has made Vue.js famous among web developers. The developer can integrate this framework with various existing apps. Unlike other frameworks of javascript, it can be used for building entire single-page applications and for contributing components into existing apps.

The flexibility of vue.js is another reason that has made it this popular in such a short span of time. Developers are using Vue.js for web development as it can be used with several existing web applications. It also allows the developer to write a template in HTML file or JavaScript in virtual mode. Its flexibility let the developer run any program straight from the browser. Many developers who have worked with React, Angular, and JS framework prefer Vue.js because of its flexibility.

All the functions of Vue.js are easily accessible and the functions can be named according to developers choice. Vue.js is easy to customize as each segment can have a separate function.

So far we have discussed the one side of the coin, and now is the time to explore the other side. No such application/software or language has been developed that doesn’t have any kind of limitations. Every technology has benefits and setbacks. Though it depends on the developers whether they find the pro or cons adjustable or not. Let’s take a look at the main limitations of Vue js:

Vue.js is a new language that has become popular in a short span of time but is not supported by a large community of active programmers. Moreover, the team that has developed Vue.js is also small resulting into the limited support. We can say that having a closed community is a disadvantage of this framework. Technology is evolving in nature, let’s keep the finger-crossed.

Language barrier is another limitation of Vue.js which is being cited by many experts. Its creators are Chinese-American and they prefer the Chinese language over any other, which is not used in most of the countries. The coding of the framework written in Chinese creates issues for non-China developers.

In large projects where many developers are involved, the flexibility of Vue.js becomes an issue that can be sorted out if there is a large community present. There might be events when the over-flexibility of Vue.js can lead to more errors and make the project over complicated.

Vue.js is new and still in the development phase so the support for many plugins is not available. But Vue.js can be combined with React or Angular to overcome this issue. To handle this situation developers switch to other languages.

Vue.js is new and popular javascript framework. Most of the drawbacks of Vue.js are because it is new but still it is the fastest-growing library. It has become one of the leading front-end technologies, and as the number of developers using it grows, the Vue.js community will grow bigger. The high-speed rendering, efficient component operation, and simplicity of code have already made it the most preferred framework at present and it will hold this position in near future.

New Architecture with version 0.68.0 by React Native Team: The Talk of the Town

The Vercel vs Netlify War: Who Wins And What Can You Do?

The serverless ecosystem has grown in the past 10 years. And it continues to expand with industry giants like AWS, […]

How to Increase Your Sales with Custom Website Development Services?

What could be more enjoyable than browsing a website that is effectively optimized and provides a wide range of usage?  […]

Industries that Use Salesforce CRM the Most

OpenAI Launches AI Text Detection Tool, Including for Its Own ChatGPT Model